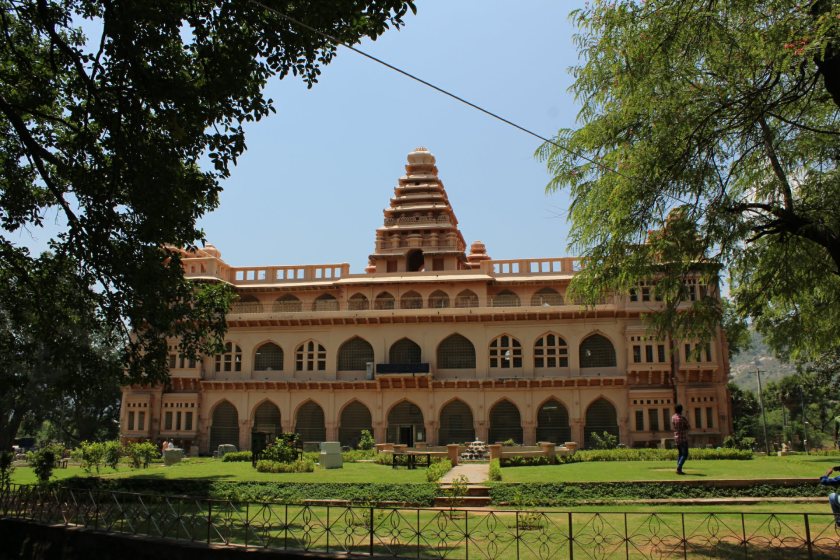 Raja Venkata Raya, sat hunchbacked in his chair. Every breath was painful. The bouts of evening fever had left him skin and bones. Food had lost all taste. He coughed into the silk cloth. Blood. How had it all come to this?

The Vizier came in the room and bowed. He bid him come closer.

“Your highness, a group of traders from England have come seeking an audience with you. I have asked them to wait. Shall I tell them that you are indisposed?”

He turned and gazed slowly at the bronze statue of Raja Krishna Deva Raya.

He stood up slowly and walked to the window. The Fortress of Chandragiri was all that was left of the once mighty Vijayanagar Empire.

Vijayanagar. The Diamond of the Deccan.

He had heard his father talk about the beauty of that city. The blue jewel on the banks of Tungabhadra. The light of the south. A city paved with gold and adorned with diamonds. The successor of the Cholas, Cheras and Pandayas. Greater than all of them combined. The last great Hindu kingdom of the South. An empire that stretched from Krishna to the Indian Ocean. Trade had flourished under their grace. Food was plenty and hunger scarce. Great temples and forts dotted their kingdom. They even rebuilt the Meenakshi temple at Madurai. Art, music and poetry had flourished under their rule.

It had all come undone at Talikota. The Sultanates of Bijapur, Bidar, Berar and Ahmednagar had joined forces against the Vijayanagar empire. Even the combined might of all the Deccan Sultanates was outnumbered 3 times by the vast and well-armoured Vijayanagar army.

The court historians were silent on how they had managed to lose to a such a small and fragmented army. His grandfather, Aliya Rama Raya, was captured and beheaded on the battlefield. Some whispered that his commanders had betrayed him and changed sides. Some said that he was betrayed by his pride. Some said that the gods punished him for betraying his father-in-law.

His father had escaped with his family and his household to Penukonda. The Sultanate armies sacked, pillaged and burned Vijayanagar. The City of Victory. It burnt for days. The once prosperous and bustling city became a haunted ghost town within months. They didn’t even call it Vijaynagar anymore. That name was a lie. They called it Hampi.

The Empire fragmented after the loss. The governors of Mysore, Madurai and Tanjore had declared their independence. The Nayaka kingdoms splintered out from the ruins of the Vijayanagar empire. The Golconda sultanate had taken advantage of Vijayanagar’s fall and attacked Penukonda. They had to abandon that fortress and finally reach Chandragiri.

The minstrels still called him the ruler of the Vijayanagar empire. He knew it was a lie. He held swath over only a few hundred kilometers of land far away from Vijayanagar. The Nayakas still called him Emperor but it was an empty title. They owed him no taxes or allegiance. His nephew had joined the Bijapur Sultan and was plotting to depose him.

He had no children. With him the empire would die. It was his fate to see the dying of the light of his kingdom.

“What do the English traders want?”, he asked his Vizier as his put a robe around him.

“They want to buy a fishing village on the coast to build a trading outpost.”

Selling a village would bring some relief to his almost depleted treasury. And what harm could handful of foreign traders, thousands of miles from their homeland do to him?

He nodded his head. He asked his messenger to summon the Englishmen.

As his sat on his chair, he asked the Vizier, “Which village do they want?”

The fortress of Chandragiri was the last capital of the Vijayanagar Empire. The quiet and quaint fort is situated 20 km away from the crowd and bustle of Tirupati. Built in Indo-Saracenic fashion, the fort now hosts a museum.

The Raja’s Mahal is the most imposing structure with a smaller Rani’s mahal nearby. The fort walls enclose a tank and few temple ruins.

There is a remnant of an old house inside the fort which legend say was the home of Tenali Raman, one of the greatest poets in Raja Krisha Deva raya’s court.

It was here that the British bought a piece of land on the Coromandel coast from the the king and built Fort. St. George. They called the place Madras and thus began the history of British colonization in India. 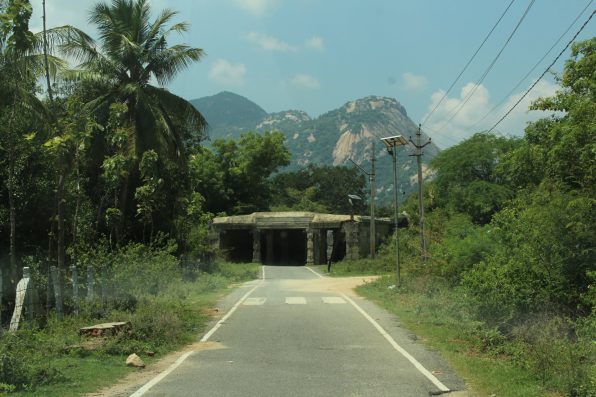 Entrace to the Fort 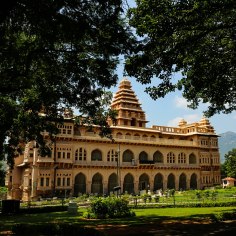 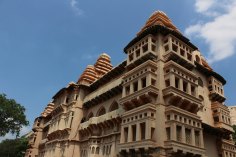 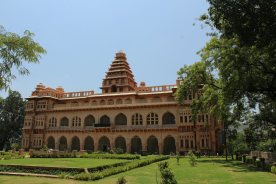 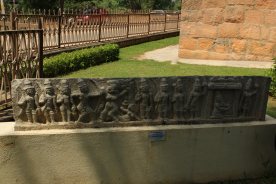 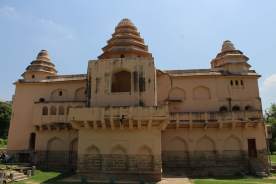 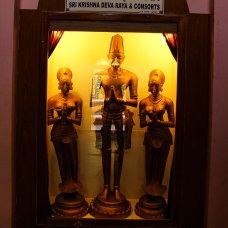 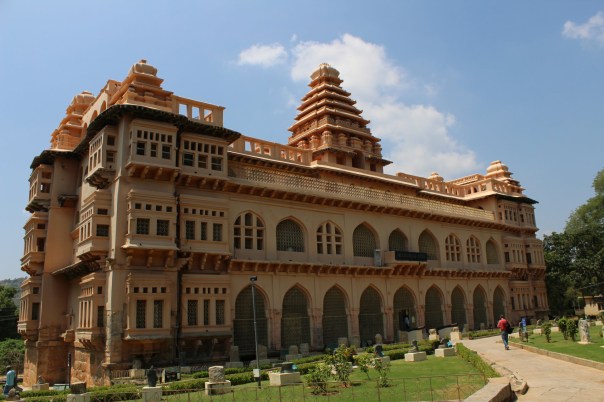 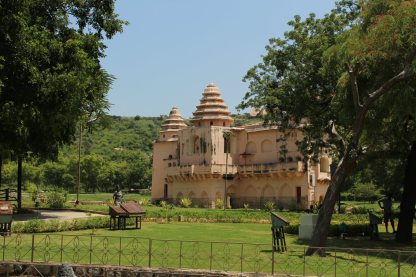 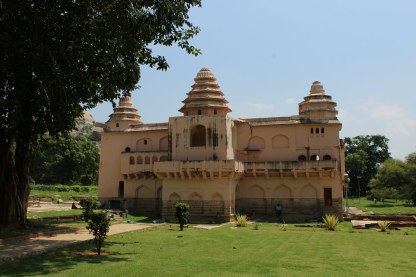 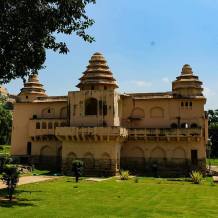 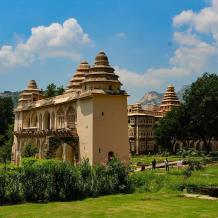 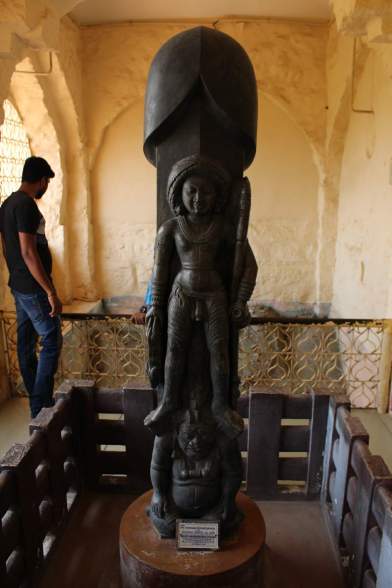 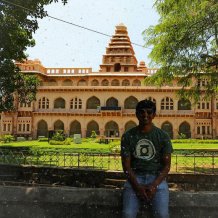 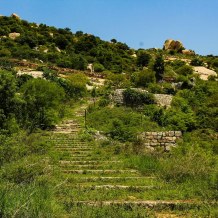 Way to the hill top 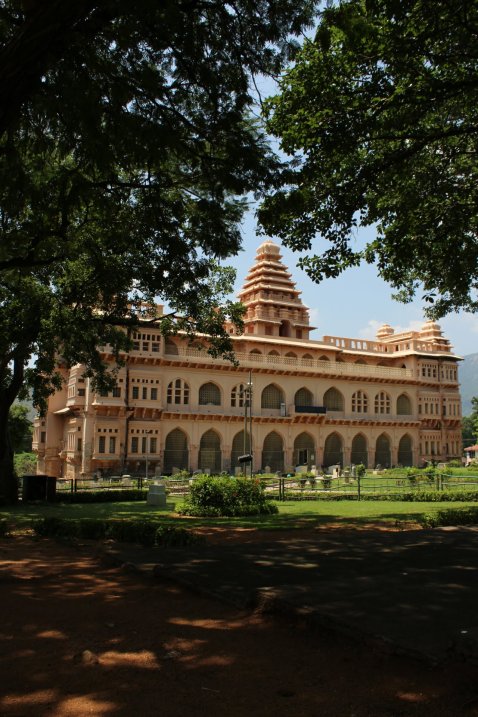 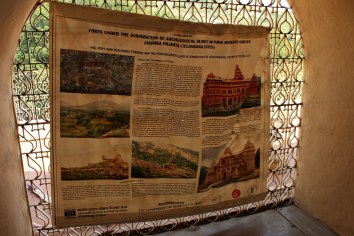 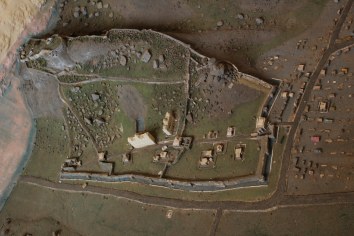 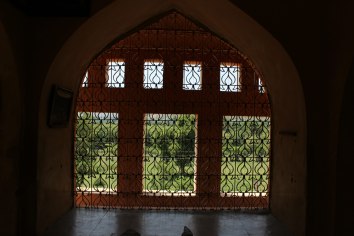 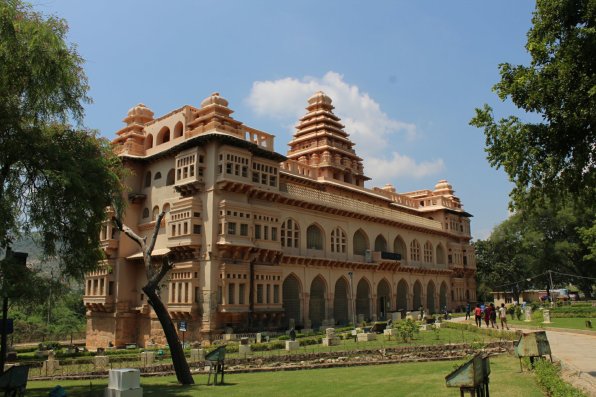 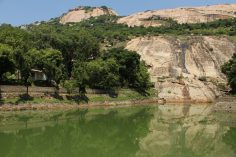 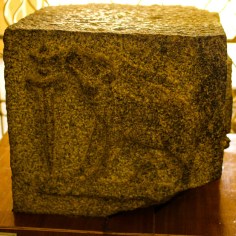 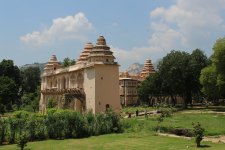 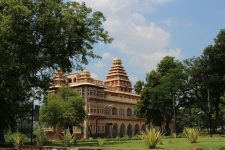 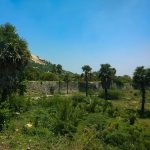